What is adult circumcision?

Male circumcision is the surgical removal of the retractable fold of skin that covers the tip of the penis (foreskin). Although the procedure is normally performed in children for religious or cultural reasons, many adults undergo circumcision for medical purposes. Circumcision in women is referred to as female genital mutilation and has been outlawed by the UK government since 1985 as there is no medical reason necessary for young girls to have this procedure. 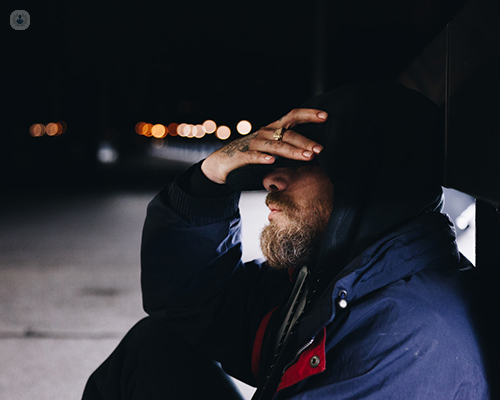 Why is circumcision performed on men?

When the foreskin is too tight and will not pull back over the head of the penis it is known as phimosis. This condition is not usually a problem but in some cases, it can cause symptoms such as redness, soreness, swelling and difficulty in urinating. If the head of the penis is sore and inflamed it is referred to as balanitis. If both the head and the foreskin are swollen, it’s known as balanoposthitis, which can normally be treated with cream and good hygiene. If the symptoms are persistent, circumcision is recommended where other treatments have failed.

Other reasons for circumcision include religious and cultural reasons as it is a common practice in Jewish and Islamic communities, and in many African countries. Typically under these circumstances, circumcision is carried out on children.

Circumcision consists of cutting a portion of the foreskin of the penis that covers the glans, leaving it permanently uncovered. The treatment can be done using the dorsal incision technique where the specialist makes a small cut in the upper part of the foreskin. Another option is the covered technique by which a line is made around the base of the foreskin that will serve as a guide to make the incision. It is a relatively simple procedure. Any bleeding is stopped using heat and the edges of the skin that are left will be stitched together with dissolvable stitches.

After being discharged from the hospital, it usually takes about 10 days for the penis to heal. This means that sex is to be avoided for at least one month after the operation. A few days after the procedure, it is likely that there is discomfort and swelling around the head of the penis but this can be managed with over the counter painkillers. There shouldn’t be any pain when urinating.

Any cookies that may not be particularly necessary for the website to function and is used specifically to collect user personal data via analytics, ads, other embedded contents are termed as non-necessary cookies. It is mandatory to procure user consent prior to running these cookies on your website.